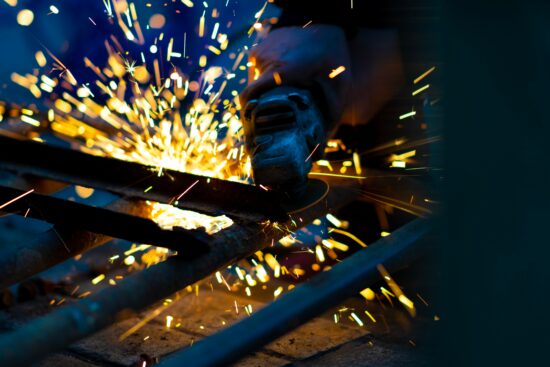 Manufacturers are not unfamiliar with challenges in their sector: They have dealt with poor economic conditions throughout the late twentieth century to now, struggled to attract young talent, invest in better machinery and develop new products for a vastly changed marketplace. But for many, this has been just another issue to resolve which hasn’t eroded ambition.

There are many challenges, but the following 3 are some of those key areas that persist and are faced as a daily operation:

1. Did you ever expect your software solution to still be in the ‘making do’ phase so many years later?

Unsuitable tech that was never meant for the job it’s now doing is a common story and one that takes some transitioning away from. It’s likely to include heavy reliance on Excel and Word as these are foundational pieces of software that between them allow you to perform some business operations. Making spread sheets work for a complex, manufacturing organisation is no longer viable and it will let you down – badly.

Its failings are layered, but these are the obvious ones:

2. When you are suffering from a lack of visibility on your operations, your decision making will have blind spots and these can be dangerous.

A lack of feedback data and being unable to dig deep into the detail of a business, restricts planning. In order to take on investment, comply to management and operation standards, innovate or grow teams – banks, investors, ISO accreditors and growth experts won’t be able to get their hands dirty with your reports. And if they can’t do that, they won’t trust what they can’t see. It’s not enough to hand over a year end accounts because it won’t tell the story, only the ending. Implementing accurate and specific reporting will simply give the 360 view on the business and whilst elements of that may bring out the ostrich in you, the transparency will make your position far stronger: knowledge + action = power.

Additionally, how do you know if you’re hitting the targets until it’s too late? Any mature business will have KPIs to measure achievement. Data-led design will do just this. It will assess the data you collect and find ways to measure it that align with your values (commercial, market, customer and future) making the KPI results transparent and easy to assess.

3. Do you innovate every day?

Apparently, truly creative ideas only come to us when we are bored or have quiet thinking time. I don’t know what that world’s like! And neither do many other business owners. But, if innovation isn’t prioritised, 10 years will pass and little will have changed (unless it’s a change that has been forced).

Businesses who put this on their schedule and involve key members of the team are more successful. Why? Because they never assume complacency and they strive to be better – better at servicing their customers, better at listening to their staff and thus creating a better organisation. They are always questioning and looking at what’s going on in the lives of their competitors and talking to experts and organisations specifically there to help. So, standing away from the daily activity once in a while (weekly!) is how you begin to innovate. Putting your head above the parapet may seem risky but staying as you are has its own risk.

So, as you would with your financial forecasting, marketing strategies and project planning, give time to the longer-term view of your technology as knee jerk reactions are likely to bring fewer successes and no joined up thinking.

Merger brings innovative software company to the heart of Cheshire